Home The Sound of Resistance

The Sound of Resistance 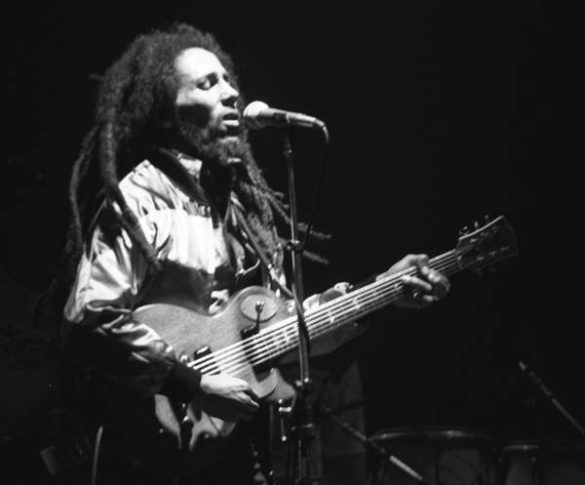 Whether by protesting against oppression and violence, criticizing political affairs through satire, or helping to negotiate loss, music is unique in its potential for social transformation. For this reason, music is one of the branches of art that we want to highlight as part of our Make Art Not War project area. At the Cultures of Resistance Network, we draw inspiration from musical practices—whether cathartic, communicative, subversive, or all three at once—that carry their own strategies of resistance. Music is not only a means of expression that sublimates the experience of daily life but a critical form of dialogue by which citizens participate in public life. The act of performance itself affirms the right to construct a cultural space in opposition to conditions of cultural hegemony and political and military oppression.

This page points to some highlights in the past century of musical resistance around the globe, providing a brief introduction to the kinds of art that inspire the work of the Cultures of Resistance Network‘s Make Art Not War project area. On separate pages, we take a more in-depth look at dissident music past and present in four Middle Eastern countries. Follow the links below to learn about the legacies of musical resistance in:

Background: A Century of Musical Resistance

Scores of twentieth-century dissidents have turned to song and symphony as vehicles to mobilize against censorship, fascism, and racism. Decades after state censorship of his Lady Macbeth opera, Dmitri Shostakovich risked arrest with his audacious setting of Yevtushenko’s poem “Babi Yar” in his Symphony No. 13, which commemorated the Nazi massacre of 200,000 Jews near Kiev during WWII. “Look Out, Verwoerd” by South African singer/activist Vuyisile Mini, offered an ominous, albeit melodic warning to the first engineer of Apartheid, Hendrik Verwoerd, while inspiring countless South Africans to organize for their rights as citizens in 1950’s South Africa. Bob Marley, in addition to being one of the world’s all-time greatest songwriters, was also a vocal advocate of peace and black power in the political tumult of 1970’s Jamaica.

In an increasingly globalized world, artists borrow and exchange musical styles and genres as they express affinity between conditions of marginalization and oppression. Basque nationalists Negu Gorriak syncretize punk, ska, reggae, and rai styles into their militant protest music, and moreover, they attribute their breakdancing, graffiti writing, and rapping to the influence of Public Enemy. Reggaeton’s dem-bow rhythm is a mash-up of Brooklyn hiphop and Jamaican dancehall that blasted out of San Juan’s housing projects in the 1990s and today galvanizes U.S. activists for immigrant rights in the States. While some may lament the commodification of these styles into idiomatic cliches, the distribution of LPs, cassettes, CDs, satellite and online media helps facilitate solidarity between fans and producers on a global scale.

Antiwar solidarity may take the form of protest songs like Bob Dylan’s “Masters of War,” Chava Alberstein’s “Chad Gadya,” and the Dixie Chick’s album “The Long Way Around,” or as reception among audiences, such as the current popularity of Megadeth’s “Holy Wars” among college-age youth in Cairo. Antiwar resistance may also be the bold expression of alternate and creative ways of life under conditions of military aggression.

Music alone has rarely sufficed to prevent war, but it has almost always played an important role in helping people overcome the suffering brought by conflict, providing a sense of normality, community, and hope in settings where these have been all but destroyed by bombs. The photograph to the left (click for a larger version) shows Vedran Smailović, known as the cellist of Sarajevo, playing in his country’s largely destroyed National Library at the height of the siege of Sarajevo in 1992, in an act of resilience that has become iconic of the power of music to triumph over the ravages of war. But this is only one example of the ways that music can help people survive, heal, and rebuild from even the grisliest of conflicts; elsewhere in the Balkans, for example, music projects ranging from rock bands to choral ensembles have helped people recover from years of bloodshed and ethnic cleansing.

The Cultures of Resistance Network‘s Make Art Not War project area aims to give exposure to audio and visual art that is created and performed by those immediately affected by political and military oppression who are committed to using their art as a force for justice. As part of our ongoing pursuit of dissident musicians and musical traditions around the world, we’ve done a more in-depth study of musical resistance traditions in four Middle Eastern countries: follow the links to check out our country pages on Iran, Iraq, Lebanon, and Palestine. Or, to learn about more great artists channeling the spirit of resistance in the Middle East, Africa, Latin America, and the United States today, return to the Make Art Not War project area menu.