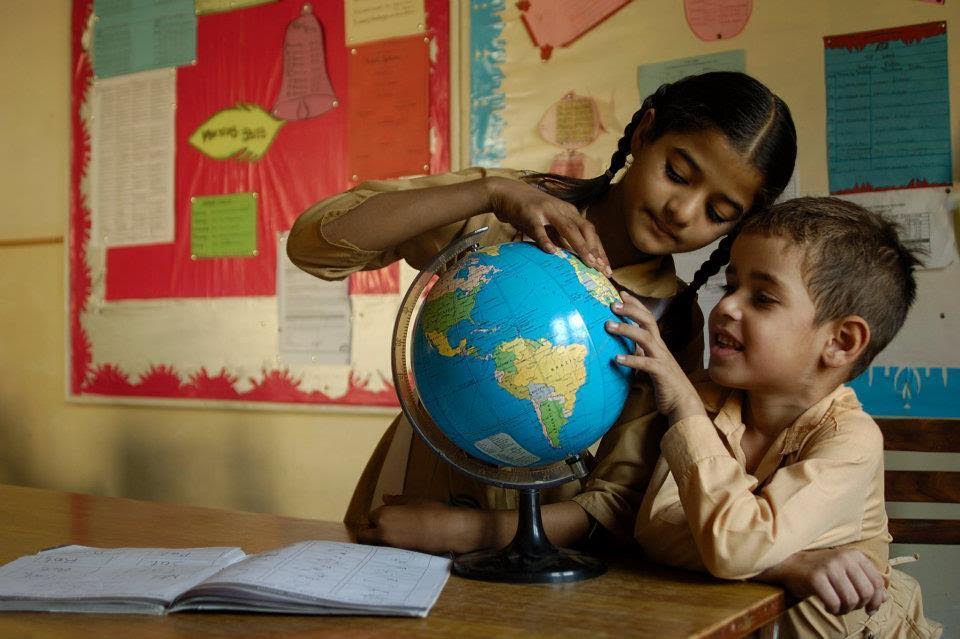 In Balochistan, one of Pakistan’s poorest provinces, conflict is the norm and many children lack access to quality education. But our ally The Citizens Foundation (TCF) is aiming to change that. The Cultures of Resistance Network worked with TCF to open a new primary school in Balochistan that is completely free for students. Named The TCF School – Cultures of Resistance Campus, it is providing education for children who might not otherwise have the chance to attend school. After more than a year of planning and construction, it began welcoming local children in April 2017 and currently has 130 students in kindergarten, first grade, and second grade!

The TCF School – Cultures of Resistance Campus is located in a rural section of Balochistan that is home to many low-income households and where the majority of people work as fishermen. Any child from one of the low-income families within walking distance is eligible for admission, while members of the local community have been hired in non-faculty positions. Besides its six classrooms, the school includes a room for art and a library. After classes, students choose from a wide range of extracurricular activities, including art, field trips, debates, and sports competitions. The campus has plenty of outdoor space for students to participate in team sports like volleyball, cricket, and soccer. 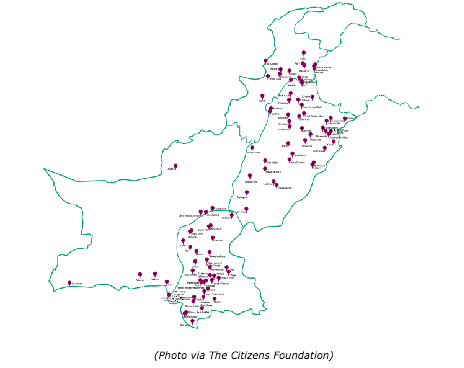 Balochistan has witnessed incredible violence. American drone strikes against the Taliban have hit the province and a long-running separatist insurgency continues with no end in sight. Despite being home to vast natural resources, Balochistan’s residents are also facing both food and water shortages, leading to an increasing sense of disenfranchisement and alienation. Amnesty International has called it is the hardest place in Pakistan for human rights workers to operate. According to the organization, twelve journalists were killed in Balochistan between 2008 and 2016.

“Even in a country with no shortage of no-go areas, human rights investigators, diplomats and journalists agree the hardest place of all from which to get accurate information is Pakistan’s Balochistan province.” —The Guardian

The school will be located in a rural area in the Gwadar district, on the southwestern coast of Balochistan, near the border with Iran. Gwadar is most famous as the home of a deep-water sea port that links Pakistan and China. Construction on Gwadar Port began in 2002 and continues today as China seeks to shorten trade routes and create a new “Silk Road” on both land and sea. This corridor connects China to Europe via Pakistan, Central Asia, and Russia. China has already invested billions of dollars in the project. However, the people of Balochistan have not seen much of that money. In a 2011 report, Human Rights Watch cited the port as one of the reasons for unrest in the province, writing, “Militancy in Balochistan has been fuelled by ethnic Baloch anger over the Pakistani government’s moves to harness local mineral and fossil fuel resources, maintain large numbers of troops in the province, and construct the Gwadar deep-sea port at the mouth of the Persian Gulf with non-Baloch workers.” 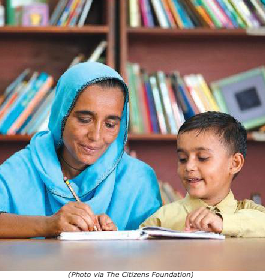 TCF already operates 1,202 schools, reaching 175,000 children in urban slums and poor rural areas, and has a strong focus on gender equality. Its model for affordable, quality education has proven to eliminate the barriers of class and privilege. TCF encourages female enrollment and strives to maintain 1:1 ratio of boys and girls in most of its campuses. TCF also has a full female faculty of 10,100 members. TCF schools are located in the most marginalized, low-income, and often conflict-prone neighborhoods of the country.

There are many different ways that you can get involved with TCF: