Lwamwe Muzima comes from the Democratic Republic of Congo and completed a Masters in International Law. Below, you will find an interview with him from the summer of 2015 and an article he wrote arguing that anti-female genital cutting/mutilation laws should be abandoned because they incriminate the victims.

In the summer of 2015, Lwamwe talked about his background and the CoR scholars network’s impact on his work.

Could you introduce yourself and let us know a little about your background and how you came to apply for your scholarship?

My name is Lwamwe Muzima and I am from the Democratic Republic of Congo. I am currently doing a Masters in International Law. Before coming to SOAS, I completed my undergraduate studies in Political Science and Peace and Social Justice at Berea College in the United States. It was during my last semester at Berea that I heard about SOAS, and through an advertisement that I heard about the Cultures of Resistance scholarship, which I knew was a good opportunity for me to come and study in the UK.

Before I left Africa to study in the United States, I had always wanted to have a different mix of education systems, thus contributing to my academic development. When I was in the US, I knew that I wanted to also study in the UK at some point, but coming from a low-income family, I knew it was going to be very difficult for me to achieve that goal. When I came across the Cultures of Resistance scholarship, I knew that it was a lifeline for me, and an incredible opportunity.

How have you found your experience at SOAS? 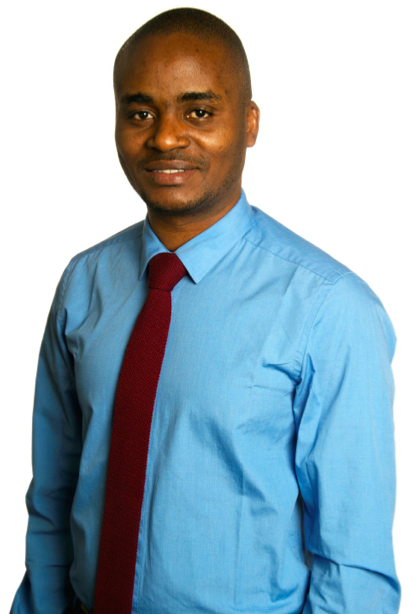 From an academic point of view, I am convinced that I am getting a very good quality education. If you look at the course content, you will see that our professors provide us with a thorough and extended bibliography beyond the required readings. Not all the extended readings will be relevant to everyone, but as you start to define your interests within your area of study, you will find that there is something there that will be of use to everyone. Support and guidance from teachers and other staff, especially those in the library, has also been exceptional.

Could you tell us about your studies, and how they are progressing?

My courses focus mainly on international protection of human rights, post-conflict reconstruction, and transitional justice. I’ve also been looking at the law of armed conflict and international criminal law.

As part of my coursework for transitional justice, I have been looking at the Rwandan Gacaca Courts—a mechanism put in place to try the large numbers of people detained for genocide-related crimes, and to help Rwanda move from genocide to building a new society. For my human rights protection course, I did research on human rights violations in my home country, particularly sexual violence against women in the context of armed conflicts in the eastern provinces of Kivu. I focused mainly on how international law could help address the issue.

For my international criminal law coursework, I wrote a paper that sought to dismiss accusations that the International Criminal Court has been unfairly targeting African nationals.

My master’s dissertation will look at the issue of Female Genital Mutilation in Senegal, and how international human rights law could be invoked to advocate the end of this practice, while staying within the bounds of cultural sensitivities.

What are your plans for the future?

I want to be involved with non-profit organizations dedicated to changing the status quo in my country or the Great Lakes region of Africa, advocating human rights and fighting for victims of human rights violations to obtain redress. I would also like to get involved with post-conflict reconstruction back home in the eastern Democratic Republic of Congo. I come from a war-torn country and have been a refugee for many years. During those difficult moments, I developed a desire to acquire an education and try to contribute to changing some of the things that are happening in my country. I chose to study International Law because of my conviction that it would be a good combination with my undergraduate studies in Political Science and Peace and Social Justice, and would put me on the right track in terms of the career I hope to pursue.

What impact has the support from Cultures of Resistance had on your studies and life?

Honestly, I would not be here without the Cultures of Resistance scholarship. I was in a tough situation, like I said before, but I still nurtured the dream of acquiring a quality education at this level. It was a crazy dream, but somehow it has come true. However, I am cognizant of the fact that without the support from these organizations, I would not be where I am now—moving towards my goal of working with people who are committed to changing the world.

Honestly speaking, I could not have afforded to live and study in the heart of London if not for the generous support from the Cultures of Resistance Network, the SOAS Student Union, and International Students’ House.

Finally, do you have a personal message you would like us to share with the Cultures of Resistance Network?

What I would like to say comes from the bottom of my heart: When I sit down and reflect on where I have come from, being here is a miracle. To all those who have contributed to my education at SOAS, I say thank you. You have touched my heart in a tremendous way, and I will always be grateful for your generosity.

“Incriminating the victims: Why anti-female genital cutting/mutilation laws should be abandoned”

Female genital cutting/mutilation (FGC/FGM) remains one of the worst forms of human rights abuses in some communities in Africa and beyond. Yet its practice is deeply rooted in cultural beliefs, making intervention against it often fruitless and counterproductive. FGC/FGM is without doubt a form of gender discrimination, which should be stopped to ensure that girls and women are treated as equal members of society.

However, states and specialized international bodies’ approach to ending FGC/FGM has for too long emphasized criminalization rather than addressing the socioeconomic conditions which facilitate the practice.

Research shows that one of the rationales behind FGC/FGM, if not the main one, is society’s pressure on girls to remain virgins, as a way to guarantee marriageability. In FGC/FGM prevalent societies, it is also believed that men derive more sexual pleasure from cut/mutilated women, while the later are less likely to desire extramarital intercourse. Of great concern in such societies is the absence of equal pressures on boys and men, especially on issues of sexuality. We should not seek to advocate FGC/FGM abandonment merely on account of its brutality and health risks. We should rather reject all the misconceptions surrounding the practice because they epitomize discrimination against girls and women.

Women who arrange the cuttings for their daughters do not do so with criminal intent, as anti-FGC/FGM laws imply. Rather, they are coerced into conforming to societal norms so as to maximize their daughters’ prospects for marriage. In many African societies, including those that practice FGC/FGM, marriage can be the only avenue for women to access social status and economic well-being, if not survival altogether. In these conditions, having their genitalia cut/mutilated is not just a matter of conforming to culture, but quite often the only way for women’s survival.

From this it then follows that FGC/FGM is part and parcel of an abusive system that subjugates girls and women. While men seem to be the primary beneficiaries, women are without a doubt the main victims. This then leads to a paradox: how can governments enact laws that seek to punish women for a behavior that they adhere to out of societal coercion?

Cutting/mutilating girls’ genitalia for non-medical reasons is an affront to human rights, and both mothers and the cutters play a role in it. However, such a role is one that results from coercion, rather than criminal intent. Governments and specialized international bodies should thus consider these women as victims rather than perpetrators. In order to effectively address the issue, African states with FGC/FGM practicing communities should, therefore, abandon criminal punishment as the way towards its abandonment and instead address its root causes through sensitization campaigns.

I cannot overemphasize the fact that FGC/FGM is an affront to women’s human rights and a custom which must be abandoned. However, the socioeconomic issues that surround its practice make it a special case.

Unlike other forms of human rights violations, FGC/FGM is widely accepted and supported within practicing communities. Laws that seek to criminalize its practice run the risk of producing unintended results. Such laws are prone to being perceived as an attack on cultural values, which can in turn arouse feelings of resentment or, as is the case in some communities, force the practice ‘underground.’

Rather than focusing resources on criminalization, governments should help create and support programs that seek to raise awareness among women, so that they may understand that FGC/FGM is part and parcel of a system that subjugates them. Yet, such an awareness would not be enough unless all the factors that sustain structural gender inequality are effectively addressed.

A better approach to ending FGC/FGM will thus be one that places it along other related pressing issues, such as child marriage, preference of the boy child to the detriment of his girl counterpart, and any other form of discrimination against women, including denial of educational opportunities.

Failure to take a holistic approach to the plight of women will leave them with no choice but to surrender their rights in pursuit of the socioeconomic benefits they mistakenly perceive themselves gaining from discriminatory practices, such as FGC/FGM.

Moreover, most—if not all—of the African countries with FGC/FGM prevalence may have human rights records that are less than desired. Imposing criminal sanctions on FGC/FGM practitioners could thus exacerbate abuses by state actors against the same women who are already victims. If anything, the role of states should be to partner with non-profit organizations working towards FGC/FGM abandonment. However, such a partnership should not be limited to funding alone. Most importantly, states should set the agenda and give the anti-FGC/FGM campaign visibility.

African women have suffered discrimination for far too long and FGC/FGM is only one part of that abusive system that marginalizes them, often to the benefit of men. While women’s empowerment is necessary for their social transformation, men, as the primary beneficiaries of that abusive system, can play a pivotal role in ending FGC/FGM.

Anti-FGC/FGM laws are ill-suited for their purpose and produce unintended results. They are designed to further victimize the same people they are supposed to protect. A sensitive approach—one that treats mothers and those that perform the cuttings as victims rather than perpetrators—could be the initial step towards ending FGC/FGM. States should invest in sensitization campaigns and strive to address the socioeconomic imbalances that sustain abusive practices, such as FGC/FGM.