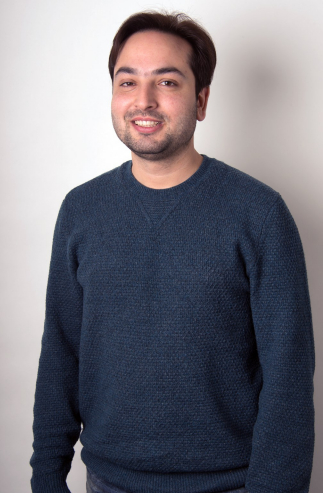 Haris Amin Zargar, from the conflict-torn valley of Kashmir, received the Cultures of Resistance Scholarship to complete a Masters in Violence, Conflict, and Development. He was born and raised in Kashmir’s capital, Srinagar, and graduated from the University of Kashmir. He has a Masters in Mass Communication and Journalism and has worked with many newspapers and wires service in India. He has over five years of work experience as a principal correspondent based in New Delhi.

Haris believes that this scholarship is a life-changing opportunity and would not have been able to pursue higher education at SOAS without it. He wishes to pursue a career in the developmental sector in his home country and also hopes to research conflict resolution. His goal is to create a world-class magazine based in Kashmir.

Below, you will find an essay he wrote about his experience at SOAS in the summer of 2016.

Before starting my Master’s degree at SOAS last year, I was working as a journalist with the New Delhi-based newspaper The Asian Age/Deccan Chronicle. Previously, I had been associated with two other leading Indian agencies, including India’s premier news wire, The Press Trust of India.

As a media professional working in the industry for about five years, I sought to further enhance my academic knowledge and professional skills. I had been looking for study options at some of the leading universities in the UK, including SOAS.

At the time, I was also seeking funding opportunities since it would be impossible for me to manage such a huge financial burden to pursue such a dream. After some suggestions from senior peers, and following some research of my own, I decided to apply for the Cultures of Resistance Scholarship, which was seeking candidates with my background. It was truly a dream come true when I received an offer for the same.

I am currently pursuing a Master’s course in Violence, Conflict and Development. Hailing from a war-town Kashmir valley, I always wanted to contribute towards conflict-affected people, not just in Kashmir but elsewhere too. Conflict studies, thus, remained the area of my interest, and I sought to work or study any such areas that would not only further my knowledge and understanding but also allow me to be a participant in any process of conflict resolution. It was one of the reasons I pursued journalism. I always intended to gain expertise in conflict analysis, which could help me in formulating any policy framework that would catalyze change on the ground, and also ensure change in perception and action among the power brokers.

Ever since I have been in London, I have been exposed to an entirely different experience, one that I could never have imagined. This diverse, multicultural city has offered me a panoramic worldview of sophisticated thoughts, rich cultural heritage, and great human values.

Being at SOAS further enriched my understanding of diverse groups of people and cultures, and has helped me to become a more open-minded, self-reliant, and confident individual.

I have had the opportunity to be exposed to the highest level of intellectual, academic, social, and professional discourses, and to develop my understanding of how I can contribute in tackling both global and local issues.

Not only have I garnered international experience through strong cross-cultural communication and through exposure to international standards and norms, I also believe that once I return to my society, I will be better placed to assist people at the grassroots.

None of this could have been possible without the financial assistance from the Cultures of Resistance Network. The scholarship support not only helped me in reaching my goal of studying at a top university, but also by removing all financial burdens and allowing me to concentrate on my studies. Further, the scholarship permitted me to explore this immensely diverse global city.

I would like to extend my sincere gratitude to the Cultures of Resistance Network, which not only made my dreams come true but also the dreams of other under-privileged student like me. I again thank you for the scholarship award and I also hope that one day I will be in a position to help others as you have helped me.