Aye Thein is originally from Burma/Myanmar and specialized in Globalization and Development, which combined international relations and development studies. He then began doing field research for an Oxfam-commissioned social impact assessment report on the Kyauk Phyu Special Economic Zone (SEZ) in his home region of Rakhine State. In his role as a field researcher, he studies existing livelihood patterns and basic infrastructure and social services in four villages that are going to be affected by the Kyauk Phyu SEZ. The project aims to take a proactive approach in the zone and protect the rights of the people in the villages, who face issues such as forced relocation, loss of livelihood, and confiscation of land without due process or proper compensation. Aye is also exploring ways to put his collection of books on development studies and political science to public use.

Below, you will find an interview with him from the summer of 2015 and an article he wrote about civil society in Myanmar in February 2016.

In the summer of 2015, Lwamwe talked about his background and the CoR scholars network’s impact on his work.

Aye’s academic work focuses on the role of nongovernmental organizations (NGOs) in development. Titled “In What Ways Have NGOs Become Objects and Subjects of Governmentality? Evaluating the Role of NGOs as Development Partners Under Neoliberalism,” his dissertation analyzes the relationship between key development actors, such as NGOs, states, donors, and the people.

In the summer of 2015, Aye discussed his work and his experience in the CoR scholars network. Read the interview below.

Could you introduce yourself and let us know a little about your background and how you came to apply for your scholarship?

My name is Aye Thein and I’m originally from Myanmar/Burma…. I did my undergraduate degree in Hong Kong, and before that I was working with an international NGO—People in Need—that focused on emergency relief work and development work providing basic infrastructure in small villages. I wanted to continue my studies and when I heard about the Cultures of Resistance scholarship, I thought I would try my luck, and luckily, here I am.

This has been an amazing opportunity for someone of my background. My mother never went to school. My father, who passed away a few years ago, had only five years of primary level schooling behind him. I have six siblings and my four oldest never finished middle school. It is only me and my two sisters who made it past high school and completed a degree. 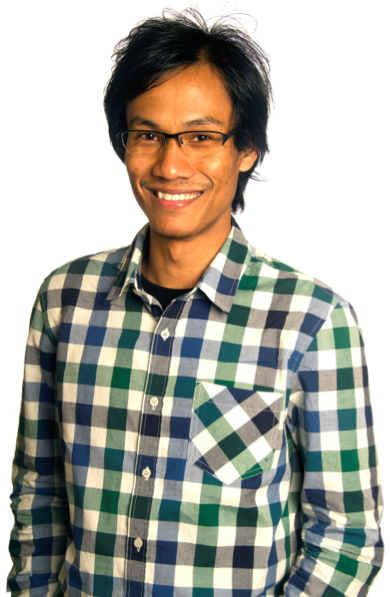 My mother used to sell fish in the local market. That was how she supported the seven kids in my family, and still managed to send three of us to university. That is really a great achievement for a woman of her standing, always trying to make ends meet. When things are difficult, I forget about myself and think of my mother and that I have to succeed at education to respect the sacrifices that she made for us.

I think I was always obsessed with education, and this is my third degree. I owe a lot of where I am now to the generosity of others. When I finished high school, I had really good grades but could not leave my hometown as a we had no money. With some funding from the British Council, I was able to study locally, taking an English degree, which was the ‘hot subject’ at the time, but it was never what I really wanted to do. I was then lucky enough to be awarded a scholarship, which took me to Hong Kong University to study Political Science…

How have you found your experience at SOAS?

Compared to the University of Hong Kong, the atmosphere on campus is much more laid-back. Not in the sense that we don’t take things seriously here, but that scholars are encouraged to find what interests them and pursue it, rather than formally follow a proscribed curriculum handed to them by the academics. One of my favorite things about studying here is the way that the courses are designed to encourage us to look at the world through multiple perspectives, to question what we have learnt in the past and to form our own conclusions and direct our own learning to an extent. I have found this approach to be really beneficial to my studies.

Could you tell us about your studies, and how they are progressing?

I am specializing in Globalization and Development, which is a combination of international relations and development studies. I have developed a strong interest in two areas—one is Marxist economics and the other is the emerging transnational social movement. I think that the social movement is really relevant to a country like mine. We have a lot of issues arising out of development projects. We’ve had conflict for so long that people have become disengaged and these is little debate on important issues. What I’m learning here is really important and I hope to be able to apply a lot of it when I return home.

What are your plans for the future?

I want to get involved in ongoing development projects in my country and also hope to get involved in labor movements—getting people actively engaged with their rights as our country opens up, helping ensure that the people have a voice regarding issues like wages and working conditions. As the country opens up, it seems that many people are passively watching as our society rapidly changes. I want to play a role in changing that.

What impact has the support from Cultures of Resistance had on your studies and life?

My education would not have been possible had I not received a lot of help from other people along the way…. People like my fellow Cultures of Resistance scholars and me, we really want to study, we really want to contribute to improving matters in our home nations, and we really aren’t able to do so without support due to our circumstances. It is impossible to calculate the full impact of the gift of education; the effect it has is so long-lasting and far-reaching.

Finally, do you have a personal message you would like us to share with the team at Cultures of Resistance?

On a personal level, this is a once in a lifetime opportunity for me. On a broader level, it has made it possible to learn things that are relevant to development in my home country. I truly believe that ideas matter and here I am being given the opportunity to come into contact with a lot of ideas, to think about them, and see the relevance of them in practical reality. The fact that I have received so much help along the way has made such an impact on me and made me determined to help others whenever I can through my life.

Civil society is often viewed as an agent of democratisation. At best this is a context-specific assumption. Looking at Myanmar, we can see two clear examples where civil society is not helping build democracy.

One of the defining characteristics of civil society is that it is supposedly independent of the state. However, under successive dictatorial governments in Myanmar civil society has had to struggle for survival. Despite a long history of popular protests against the regime, the political space within which civil society existed has been extremely limited.

Today it is given all the freedom to carry out its social/non-political functions without much interference. Likewise, non-political civil society re-emerged in all its stripes and colours in the devastating aftermath of Cyclone Nargis in 2008, stepping into roles left vacant by an indifferent state and providing much-needed relief to victims.

The paradox here is that Myanmar’s civil society has had to operate within a legal and political space with parameters set by the very regime it seeks to change. Only when the state is fairly democratic, that is, a state which guarantees freedoms of assembly and expression, can an independent civil society exist and act as watchdogs over government actions without fear or interference.

This is the gist of the recent conversation The Irrawaddy had with Kyaw Thu, a long-time civil society actor and head of civil society organisation Paung Ku. Much as the shelving of the Myitsone Dam has been cited as a successful example of Myanmar civil society getting the government to respect public opinion, as Kyaw Thu points out, the Thein Sein government has engaged with civil society to win brownie points for itself. The government obviously signalled that there were lines not to be crossed when it began arresting leaders of the student protests over the newly-drafted education law in 2015. Those who have been arrested still languish in prison.

On a slightly different note, we have seen certain elements of Myanmar civil society doing uncivil things to the nation’s Muslims. For example, the Buddhist Sangha (not a civil society actor, strictly speaking), who have been a positive force in Myanmar’s struggle for democracy in the worst of dictatorial times, are now a serious obstacle during the current transition period.

Particularly worrying is the emergence of Ma Ba Tha, fronted by the likes of radical monk U Wirathu and openly promoting anti-Islamic sentiments. Even in the addresses of moderate monks like Sitagu Sayadaw, Muslims are to be tolerated but not recognised as political equals (emphasis mine).

In Rakhine State, where Muslims have borne the brunt of recent inter-communal violence and historical persecution and discrimination, civil society actors and organisations are hardly distinguishable from many ordinary people in their unwillingness to recognise human rights for Muslims in their areas. One might recall the GET OUT NGOs campaign launched in places like Sittwe. To my knowledge, some of those behind this campaign now work with local and international development organisations.

The point is, to the extent that civil society does not respect principles of human rights, and the political equality of people who believe in a different religion, there is no justification to call it “civil society”. So, even granting that civil society has a democratising tendency, it does not follow that it upholds liberal values, without which democracy cannot function.

While the church could have been democratising agents in countries such as Poland and the Philippines, the problem with the Burmese Sangha is that they reject liberal values. To be fair, a more direct criticism of Myanmar’s wider civil society could be that they are making little headway in the face of widespread anti-Islamic views and Islamophobia among ordinary people and a government bent on promoting this (not doing anything about it) and manipulating such feelings.

Instead of being able to democratise the government, it seems more convincing to argue that whatever political space there is for civil society, it can be attributed to the fact that Burma is being democratised – that is, from the top. As the popular saying goes, “Kyar tha nar hma nwa chan thar”(The cow is always at the mercy of the tiger).

This article was originally published by New Mandala on February 25, 2016.