Home Musicians in Solidarity with the Palestinian People

Musicians in Solidarity with the Palestinian People 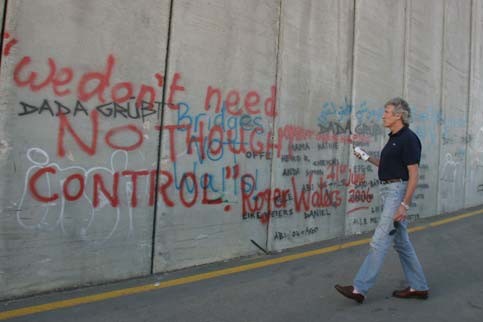 The Cultures of Resistance Network has long been involved in the movement for the Palestinian people’s right to self-determination. Recognizing that music can be a powerful tool for social change, we are proud to have collaborated with a number of artist-activists who are both producing inspring music and are taking courageous stands for human rights, including Katibe 5 and Shadia Mansour. Music can wield great influence not only through the communicative potential of lyrics and the benefits of cross-cultural exchange, but also in the political choices that artists make. As British musician Elvis Costello noted when announcing his decision to join a cultural boycott of Israel, “sometimes a silence in music is better than adding to the static.” In 2005 Palestinian civil society groups called for a campaign of Boycotts, Divestment, and Sanctions (BDS) against Israel until the government complies with international law, respects the rights of the Palestinian people, ends the occupation of Palestine, and dismantles its system of apartheid. The call to action resulted in a global movement in support of Palestine, including a cultural boycott by many musicians, artists, and writers worldwide.

Elvis Costello joined fellow musicians, including Pete Seeger, Carlos Santana, Brian Eno and the Pixies, in refusing to perform in Israel in order to make a statement against the government’s apartheid regime and abuses of the human rights of Palestinians. In an open letter explaining his decision to cancel scheduled concerts in Israel in 2010, Costello cites his inability to turn a blind eye to the conditions that “visit intimidation, humiliation, or much worse on Palestinian civilians in the name of national security.” To Costello, the cultural boycott is a matter of “instinct and conscience.” Some artists we have worked with have gone one step further: members of the hip-hop collective

In this music video, Roger Waters covers the civil rights anthem “We Shall Overcome” in support of the Palestinian people:

Following in the footsteps of their anti-establishment and anti-authoritarian predecessors from the punk scene of the 1980s and 90s, Punks Against Apartheid is a global network of punk musicians, artists, and activists who oppose all forms of oppression, exploitation, and racism, with a particular focus on the policies of the Israeli government toward Palestinians. The network is inspired by the legacy of punk bands who stood in solidarity with the people of South Africa during that country’s era of apartheid. These groups pledge to honor that history by developing stronger ties between the punk community and the struggle for Palestinian liberation. 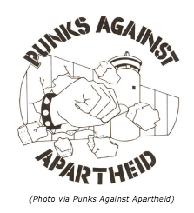 The network of punk groups and artists who hail from North America, Europe, and Australia refuse to play in Israel and actively encourage other artists to join the cultural boycott of Israel until the Israeli government recognizes the Palestinian people’s right to self-determination. Check out the Punks Against Apartheid Facebook page to find out more about their activism in support of human rights and to see which artists have joined the movement.

You can visit the BDS website to learn more about the campaign and simple steps you can take to support the Palestinian people’s struggle against injustice. To learn more about the Israeli government’s policies towards Palestine, visit our issue page for a primer on the conflict’s recent history and more ways to get actively involved in campaigns for peace and dignity.