Messengers of Peace in Brazil’s Favelas 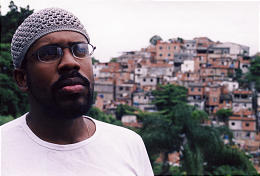 The favelas of Brazil are known for poverty and violence. With their local economies dominated by the drug trade, favela residents often find themselves stranded between social abandonment and corrupt, violent policing. But out of these environments has evolved some remarkable music. Hip hop and the boundary-crossing genre known as afro reggae, in particular, have provided a platform for musicians from the favelas not only to voice their grievances against class- and race-based injustices, but also to build peace and community in the streets.

MV Bill and Anderson Sa are two artists who have risen from the favelas to become international stars, all while staying close to the communities that raised them—and empowering those communities to change—through grassroots activism. In our constant search for musicians lending their talents to creative resistance, we at the Cultures of Resistance Network were excited to come across these two sons of the favelas who have helped bring musical traditions of the wider African diaspora—notably hip hop and reggae—into the favelas, and created a powerful platform for social change in the process.

Anderson Sa grew up in Vigario Geral, a favela in Rio known as “the Brazilian Bosnia,” and became entangled in the local drug gangs as a child. He was still a teenager in 1993 when his brother was killed in a shoot-out between the police and gang members.

Along with his friend Jose Junior, Sa chose to abandon the life of violence and began campaigning for cultural renewal in the favelas through afro reggae. Check out the trailer for Favela Rising, the 2005 documentary that tells his story:

In 2006, Anderson Sa and Banda Afro Reggae offered training and workshops to over 2,000 youth in over 60 programs. Their organization, Grupo Cultural Afro Reggae, has become a successful movement that promotes Afro-Brazilian cultural traditions in an effort to move youth away from drugs and build community around the arts.

This clip shows a live performance of Anderson Sa with Banda AfroReggae: 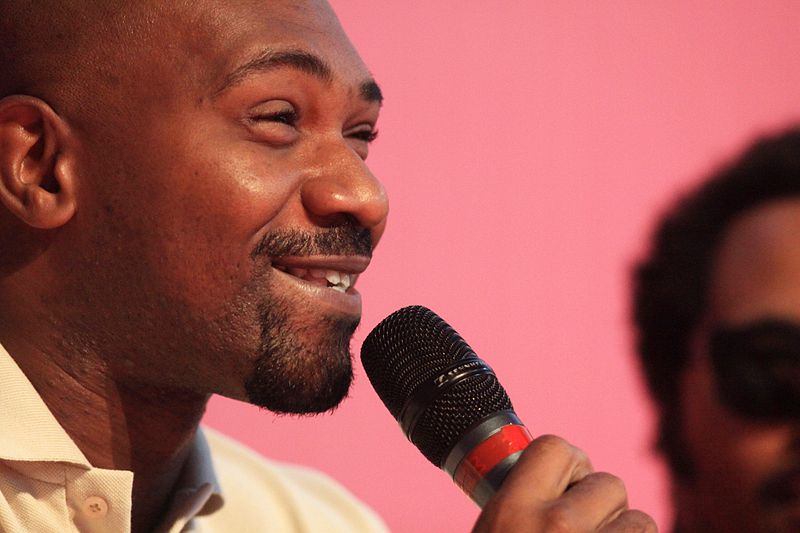 Coming from the other side of Rio de Janeiro, MV Bill (whose initials stand for “Mensageiro da Verdade,” or Messenger of Truth) is one of Brazil’s pioneering rappers. Growing up in Cidade de Deus (City of God), a favela whose drug violence was put in the international spotlight by a 2002 film, MV Bill found as child that the drug trade blocked him from getting an education. His early frustration with this injustice led him to seek alternative forms of expression, which he ultimately found in hip hop.

MV Bill explained in his 2005 book, Cabeça de Porco (co-authored with Celso Althayde and Luis Eduardo Soares), that, as a child, he never thought of music as a means to a livelihood. But his passion allowed him to become visible amid the violence and ultimately become one of Brazil’s biggest hip-hop artists, helping to popularize a genre that has now become a staple among favela youth. MV Bill has released four albums since 1999, to great critical acclaim: Traficando Informação (Trafficking Information, 1999), Declaração de Guerra (Declaration of War, 2002), Falcão, O Bagulho É Doido (Falcon, The Bagulho is Crazy, 2006), and Causa E Efeito (Cause and Effect, 2010). His song “Soldado do Morro” (Soldier’s Hill), released on his first album in 2000, remains the bedrock of Brazilian hip-hop and continues to garner awards to this day.

Meanwhile, as a social activist, MV Bill is the co-founder of Central Única das Favelas (CUFA), a network of NGOs working in urban areas across Brazil to engage youth in music, sports, and the arts. His network has now spread to eleven countries, including offices in the Spain, Argentina, and the United States. He has also established a number of trade schools in Cidade de Deus and is a founder of the Partido Popular Poder para a Maioria (PPPomar, or Popular Party Power to the Majority), an Afro-Brazilian movement political party.

MV Bill is outspoken in his resistance to Brazilian authorities, with his lyrics channeling the rage of the favela youth against the violence brought by the police as well as by drug gangs. He laments that social services provided by the government never reach the favelas: “Historically,” he says, “the only arm of government that enters that community is the police.” By featuring actual drug traffickers instead of actors, the video for his 2000 hit “Soldado do Morro” exposes the gritty reality of favela life. Watch the full video:

Ultimately, MV Bill’s message is rooted in a bottom-up vision of social change that has taken concrete form in his activism. To learn how you can join MV Bill and Anderson Sa’s efforts to promote peace, community, and cultural renewal in the favelas, check out Central Única das Favelas (CUFA) and Grupo Cultural Afro Reggae. You can also explore the project Fotos for Favelas, which depicts the favelas through the eyes of the children and youth who live in them.

To find out about the artists’ upcoming events and appearances, check out MV Bill or Banda Afro Reggae’s pages on Facebook.