Until quite recently, farming had not changed much for thousands of years. Human and animal power was responsible for tilling the soil and harvesting crops, and nearly all food was produced in close proximity to where it was consumed.

A number of developments in the twentieth century changed all that. Perhaps most important was the availability of plentiful cheap fossil fuels. This made possible the introduction of mechanization as well as the creation of synthetic fertilizers and pesticides, greatly improving crop yields. As part of our Sustainability Not War project area, we’re highlighting sustainable agriculture as a way in which we can help grow healthy food and build a healthier planet.

A profound shift to an agriculture based on fossil fuels swept much of the world starting in the 1950s. The so-called “Green Revolution” promised to “feed the world,” and to some extent it succeeded. The new synthetic fertilizers made it possible to cultivate a great deal of land previously considered unfit for agriculture. And pesticides helped control the insects that had been a scourge of earlier farming. Between 1950 and 1984, world grain output more than doubled.

This increased productivity came at a heavy price, however. One of the earliest problems to become apparent was a surge in dangerous pollution caused by widespread use of toxic herbicides and pesticides. Rachel Carson’s landmark book Silent Spring drew

attention to the harmful effects of the insecticide DDT, eventually causing it to be banned in many countries. Unfortunately, however, dangerous pesticides and herbicides continue to be developed and widely used in agriculture. Those that are outlawed in the US or Europe tend to find their way to developing countries, where a desire for high agricultural output often outweighs health and environmental concerns. Pesticide exposure doesn’t only harm wildlife; it’s associated with long-term human health problems ranging from respiratory ailments to cancer.

More problematic from a sustainability perspective is the massive amount of fossil fuels necessary to support modern industrialized agriculture. In some cases, modern-day farming is up to 100 times more energy-intensive than its traditional equivalent. Beyond their use for chemical inputs and mechanization, fossil fuels also figure heavily into a food system that has become largely dependent on international trade. Advances in transportation and communications technologies (e.g. air cargo), logistics (e.g. containerization), and food packaging (e.g. modified atmospheric packaging) have all made it possible for food to be shipped faster, further, and more cheaply than ever before. The result is that ingredients in the average American or European’s meal now travel hundreds or even thousands of miles from farm to table. While this has made possible an unprecedented cornucopia of food options for western consumers, it is also now a major cause of the greenhouse gas emissions responsible for global warming. Fully 22 percent of the UK’s greenhouse gas emissions, for example, are directly tied to the production and distribution of food. With climate change the most serious environmental crisis facing us today, reforming the way we produce and distribute food is critical.

This trend is particularly exacerbated by the increasing prevalence of processed food. Researchers at the Swedish Institute for Food and Biotechnology found that the production of a single bottle of ketchup required fifty-two different stages of transportation and processing, involving raw materials from at least half a dozen different countries. 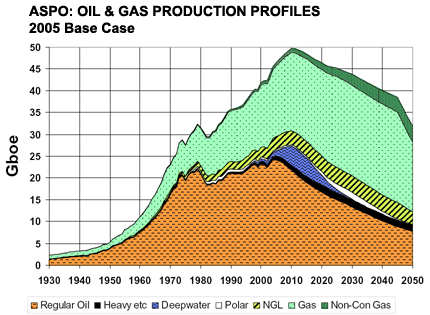 As if global warming weren’t bad enough, the days of cheap oil are rapidly coming to an end. Experts largely agree that the world is entering a phase of “peak oil,” after which the amount of cheap fossil fuels available to us will inexorably—and perhaps abruptly—decline, leading to widespread shortages and steep increases in price. Modifying our food system to adjust to post-peak oil conditions will be enormously challenging at best.

What You Can Do

Although not all products can be found locally, a surprising number can. Farmers markets and CSA (consumer-supported agriculture) outfits are cropping up in unprecedented numbers, and it’s becoming easier than ever to purchase locally. Doing so cuts down enormously on fossil-fuel consumption, supports local farmers, and recreates the sense of community that has been largely lost in a world of McDonald’s and Walmart.

Although hardly a panacea, organic agriculture avoids or largely excludes the use of synthetic fertilizers and pesticides. This reduces not only the toxins released into the environment (and our bodies) but also the need for fossil fuel to create those chemicals. Unfortunately, much of these savings can be squandered if the organic produce has been shipped over long distances. When given the choice between local and organic, local is often better.

According to the Union of Concerned Scientists, the most environmentally responsible thing a consumer can do after driving a fuel-efficient car is to not eat beef.

While most of the world’s population today subsists on a vegetarian or near-vegetarian diet, citizens in industrialized countries consume vast quantities of animal protein. Americans eat an average of 260 lb. of meat each per year—the world’s highest rate. That’s about three times the average in East Asia, and forty times the average in Bangladesh.

Animal-based food is typically much less energy efficient than grains, vegetables, legumes, seeds, and fruits. Raising livestock takes prodigious quantities of water and energy. A pound of beef requires anywhere from 2,500 to 5,000 gallons of water to produce. The crops necessary to feed farmed animals use fully half of the United States’s dwindling water supply, as well as a great deal of petroleum-based fertilizers. By the time a factory-raised cow is slaughtered, it will have consumed roughly 284 gallons of oil worth of fertilizer alone. By contrast, beans require 4 percent of the energy needed to produce their caloric equivalent in beef.

Besides using large amounts of energy and water, intensive livestock operations are one of the leading sources of water pollution in the United States, due to the massive quantities of animal waste that are created each year. Livestock create 130 times the waste that humans do, often contaminated with toxins and antibiotics.

Finally, the lucrative market for meat has led to extensive deforestation in the developing world to clear land for ranching. Each second, an estimated football field worth of tropical rainforest is destroyed in order to produce the equivalent of 257 hamburgers. The United States imports 200 million pounds of beef each year from Central America alone. Cutting down on the amount of meat we eat can have a surprisingly positive effect on the environment.

The Cultures of Resistance Network believes that the struggle for healthy food and a healthy planet is a critical part of a wider battle for social and economic justice. In our Sustainability Not War section, we have updates from different groups that we support around these issues. Additionally, a variety of the allies in our network provide more information and ways for people to get involved in ongoing campaigns. Some of these groups include:

If you liked this story, you might be interested in the reforestation projects featured on the Saving Our Trees page!