Home End the Use of Child Soldiers

End the Use of Child Soldiers 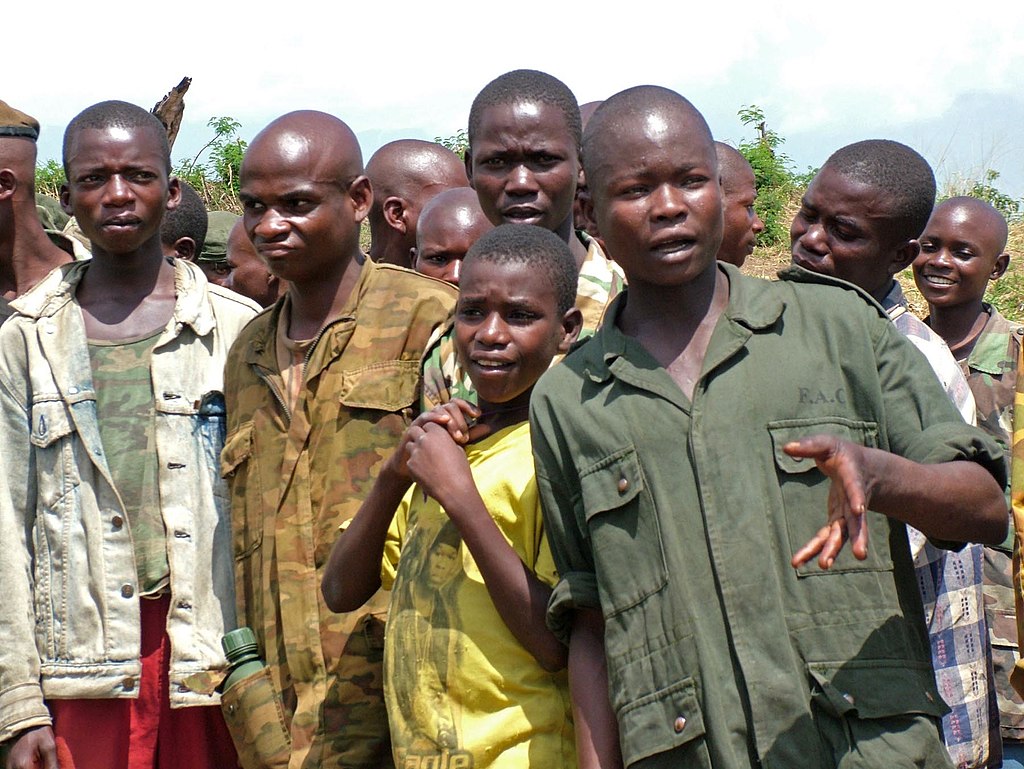 The Cultures of Resistance Network is proud to highlight the work of our grantees Roméo Dallaire Child Soldiers Initiative and War Child. Based at Dalhousie University in Canada, the Dallaire Initiative works to eradicate the use and recruitment of child soldiers. In 2019, the Dallaire Initiative took over the work of Child Soldiers International, an organization that did life-saving work in the Great Lakes region of central Africa. When Child Soldiers International ceased operations, the Dallaire Initiative started running its programs in the Democratic Republic of Congo and South Sudan, as well as its Child Soldiers World Index. War Child, meanwhile, is working to create a world in which no child’s life is torn apart by war. Armed conflict affects millions of children, but War Child‘s work, which focuses on protection, education, livelihoods, and advocacy, is helping to alleviate the impact of a childhood touched by war. The group runs programs in Syria, Iraq, the DRC, Yemen, Afghanistan, Burundi, Central African Republic, Occupied Palestinian Territories, and Uganda.

We’re also proud to include our work supporting organizations fighting to end the use of child soldiers under our Education Not War section. These organizations provide young people with the opportunity to continue their educations and highlight how access to school remains a key tool in preventing the entry of children into rebel groups. On this page, you will find more information about the use of child soldiers and how you can join the Roméo Dallaire Child Soldiers Initiative and War Child in keeping kids out of the crossfire and upholding children’s rights in Africa.

Working at the Local and International Levels

One of the Roméo Dallaire Child Soldiers Initiative‘s major goals is to promote the widespread adoption of international legal standards—including those enshrined in relevant sections of the UN Optional Protocol to the Convention on the Rights of the Child—prohibiting the military recruitment and use in hostilities of any person younger than eighteen years of age. The organization has helped draft two UN Security Council Resolutions on Children in Armed Conflicts and the first NATO Standard Operating Procedure on Children in Armed Conflict.

In the Great Lakes region of Africa, the phenomenon of child soldiers has been fueled by years of protracted civil wars, exploitation of natural resources, population displacement, rampant poverty, and the fluid, cross-border movement of conflicts. One of the Dallaire Initiative’s programs, originally run by Child Soldiers International, is specifically addressing the recruitment and use of child soldiers in three Great Lakes countries: Burundi, the Democratic Republic of the Congo, and Uganda. The Great Lakes program combines country-specific advocacy, locally-based monitoring, capacity-building among local community-based NGOs, and public education. 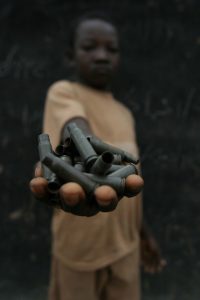 Help Keep Kids Out of the Crossfire

These organizations recommend several ways that you can uphold children’s rights in Africa and around the world. Join the fight by:

• Hosting an event. War Child provides resources to help you organize a fundraising event in your community! Whether it is a run, a benefit concert, a lemonade stand, or an online fundraising page, the group makes it easy for you to involve your friends and family in efforts to support war-affected children.

• Buying an album of songs about child soldiers. Profits from the French album “Enfants Soldats D’ici & D’Ailleurs” go towards helping child soldiers. 80 percent goes directly to an organization in the Democratic Republic of Congo that rehabilitates former child soldiers. To get more details and see how you can stream or buy the album, click here.

• Joining the Roméo Dallaire Child Soldiers Initiative’s Facebook page to keep up with news and events.

• Following War Child on Facebook to stay updated on the latest developments in its campaigns.

• Raising funds. The Roméo Dallaire Child Soldiers Initiative depends on donations large and small. Support their important work by making a donation. You can also visit Gua Africa, a foundation started by former child soldier Emmanuel Jal, to contribute to campaigns helping families in South Sudan and Kenya overcome the effects of war.

You can stay up-to-date on current campaigns against the use of child soldiers by visiting the Roméo Dallaire Child Soldiers Initiative.

If you liked this story, you might be interested in other campaigns to help children access education on our Education as Resistance page, which lists the top scholarship programs that we support!