Home All Eyes on the Congo: Films for Peace in the DRC

All Eyes on the Congo: Films for Peace in the DRC 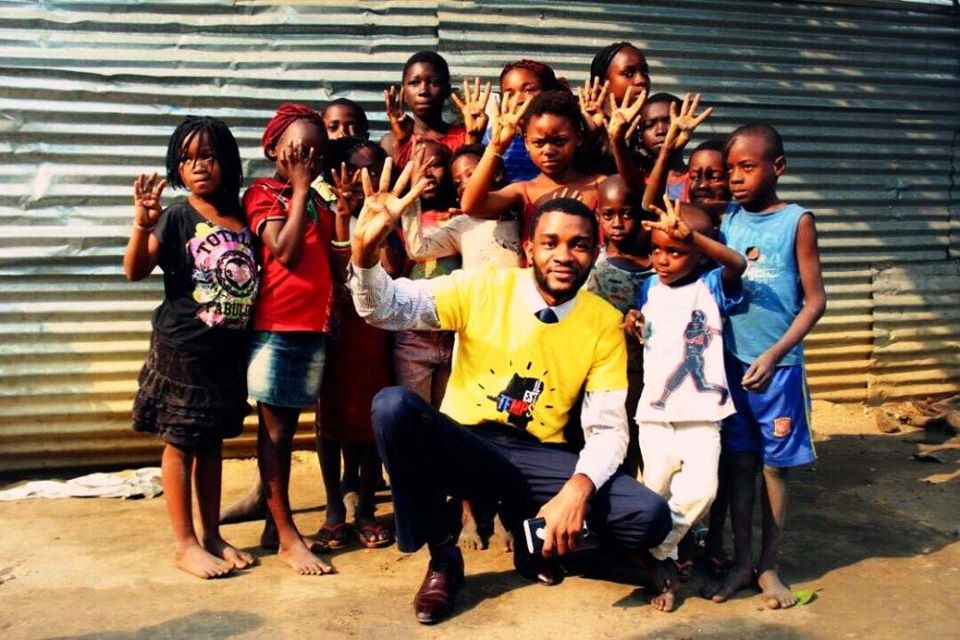 For over two decades, the deadliest conflict since World War II has been unfolding in the Democratic Republic of Congo. Major powers, including the United States, have not only looked the other way—they have actually helped fuel the violence, providing military aid and diplomatic cover for allies in the region who are playing a part in instigating mass atrocities. In 2007, a decade into the conflict, the International Rescue Committee estimated that 5.4 million people had been killed. In 2011, nearly fifty women were raped every hour across the country, earning the DRC its reputation as the worst place on earth to be a woman.

Since the conflict began in 1996, key US allies in the region—Rwanda chief among them—have backed rebel groups in an effort to gain an economic and political foothold in mineral-rich eastern Congo. The most powerful rebel groups in the war-torn provinces of North and South Kivu, according to CoR Network ally Friends of the Congo, are proxy militias backed up by Rwanda and Uganda. These militias are inadvertently supported by taxpayers in the United States and Europe, which contribute hundreds of millions of dollars’ worth of military and humanitarian aid to Rwanda annually.

Through allies in the DRC, as well as in the US, the Cultures of Resistance Network is committed to working in solidarity with the people of the Congo and putting pressure on foreign governments, as well as the Congolese government, to help end this situation. Consistent with our mission, we’re always interested in finding people using art to advance these efforts. By creating a platform for Congolese voices through the arts, CoR Network allies Friends of the Congo and Congo International Film Festival are helping to break the silence that has allowed the atrocities to continue. Here, we highlight a few important films that are helping to bring renewed international attention to the everyday struggles of Congolese people and affirming their visions of peace and justice.

Crisis in the Congo: Understanding the Conflict

When one first begins to examine the conflict in the DRC, it is easy to forget that many of us, as citizens and consumers in the global North, are indirectly complicit in the bloodshed. In the last decade, campaigns around “conflict minerals” have shown how our cell phones and laptops are linked to a brutal war economy in eastern Congo, where revenues from the extraction of tin, tantalum, tungsten, gold, and other valuable metals are helping to fund armed groups. 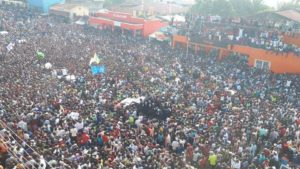 Photo courtesy of Friends of the Congo.

But, according to advocates at Friends of the Congo, the most direct Western support for rebel groups comes in the form of government aid. Take the case of Rwanda, which the UN has consistently accused of supporting militias in the Congo since 2002 (that is, since uniformed Rwandan troops retreated from the country). Not only does foreign aid make up “conflict minerals” 30 to 40 percent of the Rwandan government’s budget, but the United States has actively trained members of the Rwanda military—the very ones who have gone on to back rebel groups in the DRC.

For advocates like Maurice Carney and Kambale Musavuli at Friends of the Congo—whom the CoR Network has been proud to support for several years—it’s impossible to envision a path to lasting peace in the DRC without foregrounding the involvement of foreign powers. And yet, in much media coverage of the conflict, this foreign complicity gets left out, and the issue is portrayed as little more than a battle between local warlords over territory and resources.

Crisis in the Congo: Uncovering the Truth is a gripping film that aims to fill some of the gaps in mainstream narratives about the Congo’s perpetual war. Part of an ongoing project led by Friends of the Congo, this 26-minute short acts as a preview of a forthcoming full-length documentary. The film lays bare some of the paradoxes underlying the crisis in Congo: for example, how the DRC remains the poorest country in the world despite being arguably the richest in terms of natural resources. Along the way, the film shows how, while rebel factions have come and gone, the key political players have stayed the same, as key US allies in the Great Lakes region have been given carte blanche to wage a brutal war in the Congo.

The 26-minute version of Crisis in the Congo is below. It is also available for download at congojustice.org.

Much of the violence that has been unfolding in the DRC since 1996 can be seen as an aftermath of the Rwandan genocide, as Crisis in the Congo shows, with ethnic hostilities and political disputes each playing their roles. But the intricate conflicts in the DRC today are really rooted in a history of exploitation that goes back much further. 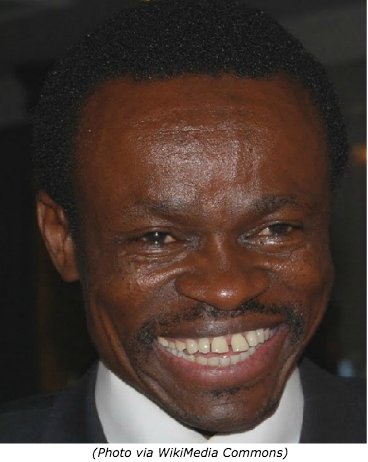 Films, plays, and poetry have played a key role in uncovering how resource plunder by foreign powers has shaped the country’s economy and politics for the past 130 years. But several films and plays have also dramatized the ongoing resistance to this systematic exploitation, and serve to remind us that another Congo is possible. Films like Raoul Peck’s Lumumba, for example, have highlighted the decisive moment when a young visionary named Patrice Lumumba led his country to freedom and became its first elected leader before being ousted and killed in a Western-backed coup.

The story dates back to the Berlin Conference of 1885, when the Congo was recognized by European governments as the personal possession of King Leopold II of Belgium. Under his twenty-three years of rule, Leopold manipulated the people and resources of the new “Congo Free State” for his own personal profit, extracting rubber and ivory through slave labor and killing an estimated 10 million people in the process. (Adam Hochschild’s book King Leopold’s Ghost is the landmark account of this period—a must-read for anyone wishing to understand the fundamental horrors of colonialism.) Thanks to international pressure spurred by activists like E.D. Morel, the Congo Free State became a formal Belgian colony in 1908, putting an end to Leopold’s worst abuses. But the exploitation continued.

In the late 1950s, a young resistance leader named Patrice Emery Lumumba spearheaded his country’s struggle for independence. In June 1960, he became the first democratically-elected leader of the new Republic of Congo. But his vision for a free Africa, controlling its own resources and destiny, drew the ire of the former colonizers and other Western powers. Less than three months after taking office, Lumumba was ousted in a Belgian- and US-backed coup. Three months later, he was assassinated by his political rivals with Belgian officers on hand.

Lumumba, the feature film by Haitian filmmaker Raoul Peck (2000), is a powerful dramatization of Lumumba’s rise and fall:

The US-backed dictator that ultimately took Lumumba’s place, Mobutu Sese Seko, controlled the country for over thirty years before being toppled in the Rwandan-led invasion that launched the First Congo War in 1997. Over the course of his rule, Mobutu amassed a personal fortune of some US $4 billion by controlling the country’s gold, diamonds, and numerous other natural resources. Understanding this history is essential to understanding the problems that face the Congo today, and beginning to envision “not just a conflict-free Congo, but a free Congo,” says Maurice Carney.

Friends of the Congo has played a key role in ensuring that this history is not forgotten. The group organizes annual events to commemmorate the leader’s assassination, including screenings of Lumumba, as well as other film, theater, and music events that bring Lumumba’s legacy to life. In December 2013, for example, they collaborated with New York’s La Mama Theater to bring about a unique multimedia production of an important play about Lumumba’s life: A Season in the Congo by Aimé Césaire, the poet and anticolonial visionary from Martinique. Click here to watch the trailer for the play, directed by Rico Speight.

Head to the Friends of the Congo website for more excellent resources on Lumumba’s life and legacy.

Meanwhile, on the ground in the DRC, a new generation is beginning to tell its story on its own terms. The Congo International Film Festival (CIFF) is testament to their efforts. This festival has been taking place in Goma, North Kivu, DRC since 2005, with support from the CoR Network. Organized by Yolé!Africa and Alkebu Film Productions under the guidance of Congolese filmmaker and activist Petna Ndaliko, CIFF is the country’s first international film festival—but it is much more than that. The ten-day festival includes film screenings and community discussions; workshops on video production and editing, audio recording, and music composition and performance; and live concerts and a dance competition. Check out this clip on Ndaliko and his efforts to create a new space for social and cultural life in a war-torn city:

With an attendance of more than 15,000 people, CIFF brings the communities of North Kivu together across ethnic, economic, religious, gender, and linguistic lines. It’s a hub of film, music, dance, and education that illustrates the power of creative resistance even in the direst conditions. And it’s a taste of what a free and just Congo could look like.

Check out the CIFF website to learn more about the festival, view some great photos and other highlights from past years, and chip in to support this great project.

You can also find clips from CIFF on Alkebu Films’ Youtube channel.

Breaking the Silence: Your Turn

Want to be a part of the creative resistance movement that is charting a path towards peace in the Congo?

[Featured image courtesy of Friends of the Congo.]