In early February, Ecuador’s Supreme Court ruled in favor of Indigenous peoples’ right to decide the future of their lands in the Amazon! The ruling sets one of the world’s most powerful precedents on the internationally recognized right of Indigenous peoples to have the final say on oil, mining, and other extractive projects that impact their lands.
​
​Indigenous peoples will be able to protect 23 million acres of their rainforest territories. This ruling also gives the Indigenous peoples of Equador a powerful tool to fight Ecuadorian President Guillermo Lasso’s catastrophic plans to intensify oil and mining across the Amazon.
​
​We would like to thank our allies @Amazonfrontlines and @AlianzaCeibo for facilitating this historic decision! 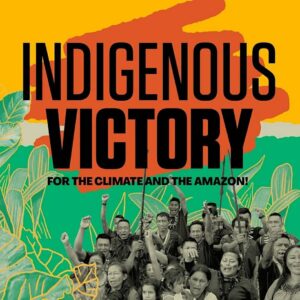 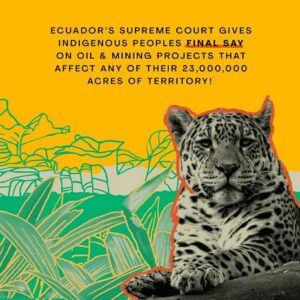 Graphics and picture from Amazon Frontlines.

Millions of people were inspired by a video of Ahed Tamimi when she was mistakenly identified as a Ukrainian girl fearlessly raising her fist to a Russian soldier occupying Ukraine.

Millions of people were inspired by a video...

February 23 is the Day of Women’s Resistance...

Look how joyful cows can be—when they are...

​We have been supporting women’s rights in Afghanistan...

Celebrating 50 years of life-saving work by our...